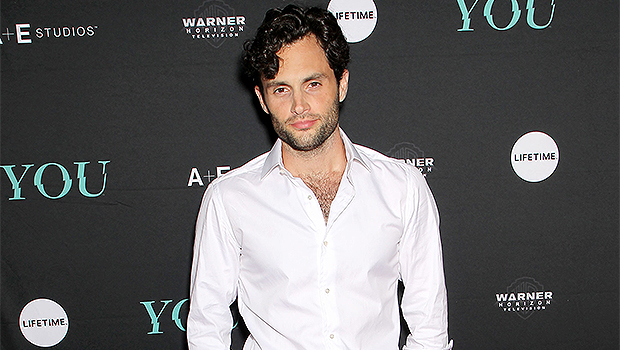 Penn Badgley married Domino Kirke back in Feb. 2017. Fans were taken by surprise when the they found out that the Gossip Girl star tied the knot in a super secret ceremony at a courthouse in Brooklyn, NY. The pair have stayed out of the limelight in recent years, but here’s everything to know about Mrs. Penn Badgley.

Domino Is Trained As A Doula

A doula is someone who is trained to assist women during childbirth. This person helps during the birth and can help out with the family postpartum. In 2009, Domino became a doula and co-founded her own doula business, Carriage House Doulas. She became co-director of the business in NY/LA, but eventually stepped away in 2020 amid accusations of racism.

“As you all know, 3 days ago anti-racist educator and activist Shishi Rose called out Carriage House Birth and myself. This week has been about pausing so I can really get behind what I say and do next,” Domino wrote while pregnant herself with her second child in 2020.

“I didn’t trust myself to respond personally on social media right away. After a few days of consultations with mentors in my community, CHB has decided to pause on all trainings and offerings for the forseeable future. We will be offering full refunds to our clients and students,” she also said via Instagram.

She Has A Famous Family

Domino is the daughter of legendary drummer Simon Kirke from English bands Free and Bad Company. Simon and his ex-wife Lorraine Kirke are the parents of Domino, as well as three other children including Girls actress, Jemima Kirke. Their daughter Lola Kirke is also an actress, best known for her roles in Gone Girl and Mozart in the Jungle. Simone and Lorraine also share son Simon Kirke Jr.

The English-American singer has been belting out notes since she’s been a little girl. She attended a high school where she studied classical voice and piano. After being discovered at age 17, Domino was signed to Andre Levins‘ label, Fun Machine. She was part of a band called DOMINO, and even recorded an ep with Mark Ronson. Domino toured with Lily Allen for years. She still sings, according to her Instagram, and you have to listen to her belt out a song, below!

Domino is a proud mom of two! She has a son Cassius, 12, with ex Morgan O’Kane. She gave birth to her second child with Penn named James Badgley in Aug. 2020. James was a rainbow baby for Domino, as he was conceived after two miscarriages.

“I stopped trusting my body and started to accept the fact that I was done,” she wrote as she announced her pregnancy with James. “As a birth attendant, I’ve seen and heard it all. It takes everything I’ve got to detach lovingly from the losses I’ve been present for and be in my own experience.”

Penn Badgley had a baby 😍 pic.twitter.com/qnDk6DumdS

In the post, she also reflected back on her first pregnancy with Cassius. “When I was pregnant at 25, I knew nothing. I had no community. I dove in blissfully unaware about birth and its mysteries…Now, with 10 years worth of experience to pull from, I treasure my birth community and the knowledge I have,” she added.

She then paid tribute to her soon-to-be-born second child. “You’re already teaching us how to stay in the day in a way we’ve never had to, little one. Thank you,” Domino sweetly concluded.

She Lives In NYC

Domino and Penn previously lived in Williamsburg, per reports, but would go between Los Angeles and New York City for work purposes. She also previously ran the Geminola boutique with her mom and sisters in Greenwich Village, but the store closed in 2016.